How to Chromecast UFC Fights to TV 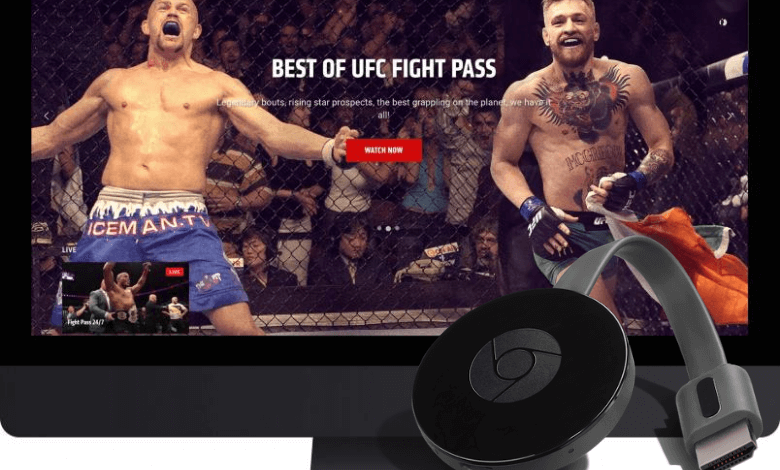 The Ultimate Fight Championships is an America-based martial art game from the Mixed Martial Arts (MMA). It is one of the largest MMA promotion companies and has got a unique set of highest-level fighters on its roster. The game features 12 weights division (eight men and four women) worldwide. The UFC has achieved more media coverage by gaining popularity not only in the USA but also in Australia, Asia, Europe. You can stream the game with the ESPN channel, but still, they have their own UFC app with which you can stream the games live and on-demand. But to access the content, you will need a UFC Fight Pass subscription. You can get the pass by paying either $9.99/month or $95.99/year. Now, let us see how to Chromecast UFC.

In order to Chromecast UFC fights, you need to install the UFC app on your Android or iOS smartphone and sign in with your UFC Fight Pass. Also, you can stream the content to your TV from the computer by using the Google Chrome browser.

#1 Set up your Chromecast device with your TV.

#2 Also, make sure to connect your Chromecast, and the device from which you are casting are on the same WiFi network.

1. Install the UFC app on your Android or iOS smartphone from the respective App Store.

5. Tap the Cast icon on the top-right corner of the screen.

6. Now, select your Chromecast device name from the pop-up list of available devices.

7. Wait for the video to cast on the TV Screen and enjoy watching it on the TV screen.

1. Open the Google Chrome web browser on your computer.

2. Visit the official site of the UFC.

3. Now, sign in with your game pass subscription credentials.

7. Click on the three-dotted menu icon on the top-right corner of the screen.

9. On the pop-up window, select your Chromecast device.

You can also enjoy watching UFC fights on TV by casting streaming services like Sling TV, YouTube TV, Hulu, AT&T TV, and more. Enjoy all your favorite fights and other martial arts on your TV screen by casting the UFC with the Chromecast device. All you need is a Game Pass to start the game.