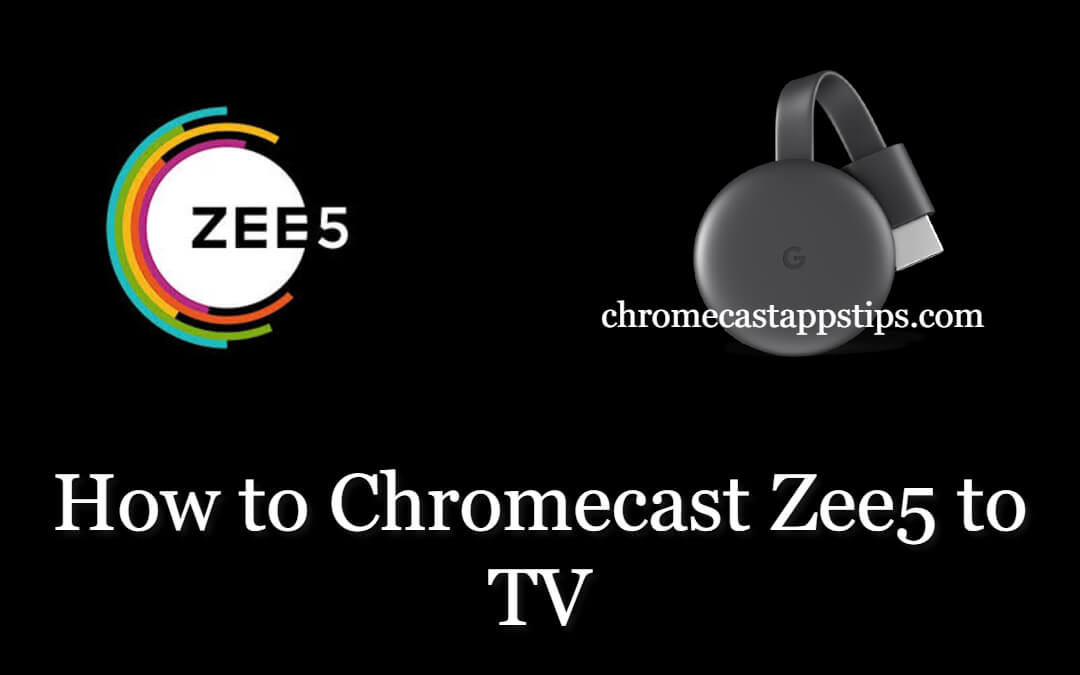 Zee5 is one of the popular streaming apps in India which has a paid subscription. It has a total of 100000+ hours of video content. With a Zee5 subscription, you can get to stream all the latest movies, TV shows, series, and Zee5 originals. With one subscription account, you can get to stream all the latest TV episodes before TV. Moreover, you can also stream video content in 12 languages. Zee5 can be cast to Chromecast too. Follow the below steps to Chromecast Zee5 to your TV.

How to Chromecast Zee5?

There are two ways to cast Zee5 to your Chromecast

How to Cast Zee5 on Chromecast TV using Smartphone

Zee5 app is officially available on the Google Play Store and the Apple App Store. Install the app from the respective app store and log in with the subscribed Zee5 account.

1: Open the Zee5 app on your smartphone.

4: While the video is playing, the Cast icon will be available in two locations. Tap any one of the cast icon.

5: Your Chromecast device will be displayed. Tap on it to cast.

6: When the casting is successful, the video will be cast to your Chromecast.

7: If you want to stop the casting process, click the Cast icon again and choose to Stop Casting.

How to Cast Zee5 on Chromecast using the Chrome browser

Make sure that you have the latest version of the Chrome browser on your PC.

1: Open the Chrome browser and go to zee5.com

3: After the successful login, click the Customize and control Google Chrome icon on the top right corner of the screen.

5: Your Chromecast device will be displayed. Click the Sources drop-down option and choose Cast Tab.

7: Choose any of the videos it will be cast to your Chromecast-connected TV. To stop the casting process, click the Cast icon and tap on the Chromecast device.

How to Troubleshoot Zee5 Not Working

Here are some of the best alternatives for Zee5

Zee5 is one of the best streaming apps that have over 75 million users worldwide. Subscribe to Zee5 and 2800+ movies, 150+ web series, etc. Use anyone of the above steps to cast the Zee5 to your Chromecast and stream the contents on your TV.

Can you Google Chromecast Zee5 to TV?

Yes, you can cast Zee5 to Chromecast TV using your smartphone or PC.

Can your stream Zee5 on Chromecast for free?

You can stream Zee5 for free with its 15 days free trial.