How to Chromecast Oculus Quest to TV 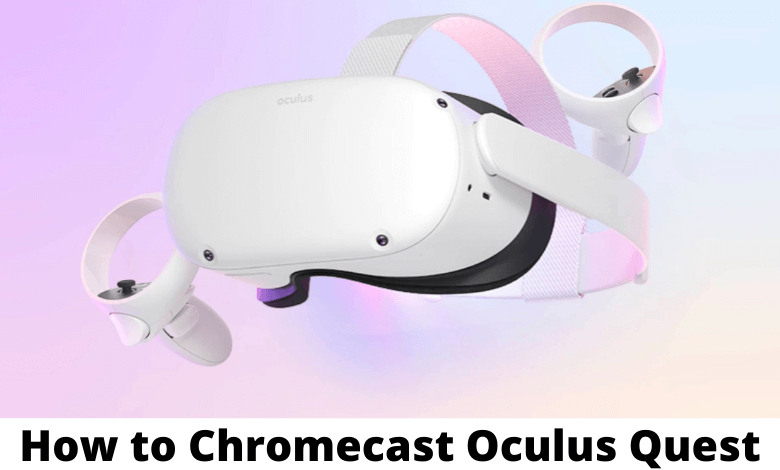 Oculus Quest is a virtual reality headset, and it is a standalone device that can run games and videos in 360° view. It has dual hand controllers and is studded with four wide-angle tracking cameras to control everything. One of the major highlights of Oculus Quest is that the things you view through the headset can be displayed on the TV screen by using an Chromecast device. The Oculus Quest headset an built-in support to cast its contents to Chromecast device or Chromecast built-in TV.

There are two ways to Chromecast Oculus Quest. You can cast it by using the Oculus app on your smartphone or directly from your headset. Let’s discuss both the methods in detail.

Ensure that Chromecast device, Oculus headset, and the Oculus app installed smartphone are connected to the same network.

{1} Put your headset on and launch the Oculus app on your smartphone.

{2} Hit the cast icon that you can see on the top right corner.

{3} Allow permission if you’re casting for the first time.

{4} Under the Cast from section, choose your Oculus Quest and ensure that connected message was appeared next to it.

{5} Now, choose your Chromecast device or Chromecast enabled TV under the Cast to section.

{6} Tap the “Start” at the bottom of the screen to start the casting.

{7} Now, the Oculus Quest display will cast on the TV screen.

{1} Connect your Oculus Quest and the Chromecast device to the same network.

{2} Put the headset on and press the Oculus button (elliptical ‘O’ shaped) on your controller.

{3} It will open the Universal menu. Tap the Sharing menu.

{5} Choose your Chromecast device and tap the Start menu.

Once the casting was started, you can see a red dot on the VR.

The above-mentioned guide is also applicable with the Oculus Quest 2 headset. Those who have purchased Chromecast with Google TV, can also follow the same procedure. For more tutorials, visit chromecastappstips.com regularly.