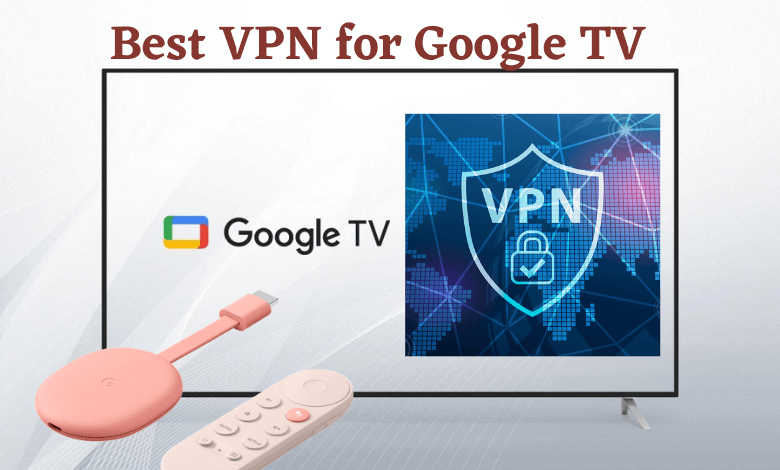 When it comes to streaming, a user can face nearly 1000s of issues in various terms. Data being stolen or used by someone else, getting hacked or being tracked by someone, streaming copyrighted content, or regional restrictions for streaming are some of the typical days to day issues we are facing. With all the above-mentioned issues, the one thing that could save you is called Virtual Private Network (VPN). A VPN can offer a private network across a public network that helps users to transfer private data. A VPN can encrypt data and hide your IP address just by bouncing your internet activities through a secured chain so that you can browse the internet safely, securely, and anonymously. Here are some of the Best VPN that you could use on your Google TV.

NordVPN comes with over 5500 servers in more than 59 countries around the world. It offers VPN and anti-virus services for over a decade. It features the industry-standard 256 bit AES Encryption. The NordVPN uses two servers instead of one to reroute the client’s data and optimize its servers for the best. Other features include offering top-level encryption, kill switch, DNS protection, browser extensions, multiple devices support, split tunneling, etc. Some of the flaws include speed issues, and it has got no free trial. It costs $11.95/month.

SurfShark is one of the best VPN for Google TV that offers extensive service in protecting your data against various threats. It costs $12.95/month and comes with other subscription plans too. It has got nearly 3200+ servers in 44+ countries along with multiple features. SurfShark allows you to connect to multiple devices simultaneously. Also, it even unblocks Hulu, Netflix, etc. Other features include 4K, UHD streaming, DNS Leak Protection, Spilt tunneling, unblock content even on gaming consoles, kill switch for instant connection. The disadvantage is that the server network is small, and the speed issues.

ExpressVPN offers nearly 3000+ servers in 94+ countries that offer industry-standard 256 bit AES encryption for your data. The app is compatible with multiple devices and costs $12.95/month. Though it is quite expensive without much customization, the app offers multiple features. The features include IPv6 Leak protection, kill switch, blocks major streaming services. Even if you are casting videos with Chromecast, it works the best with its Media Streamer. The streaming and P2P servers aren’t labeled. Yet, it comes with the most exciting features and has stood at the top for a long time. It also comes with a 30-days moneyback policy.

Like ExpressVPN, IPVanish is compatible with multiple devices from your smartphone to smart TVs to streaming devices like Firestick, Google TV, etc. It is one of the best VPN on your Google TV that costs $9.99/month. You can even purchase subscriptions along with storage. It has got nearly 1600+ servers in 60+ countries with multiple features. IPVanish even works with various Kodi addons and offers 256 bit AES encryption, OpenVPN obfuscation, kill switch, IP address change, etc. You can customize the service according to your needs and wants. Sometimes the speed might be low, and no unblocking of Netflix, Hulu, or any other streaming services.

Unlocator is yet another one of the must-try VPNs for your streaming devices. The basic subscription starts at $4.95/month. To get smart DNS protection along with VPN, it would cost $9.99/month. With extensive features like DNS proxy protection, 256 bit AES encryption and kill switch, it secures its place in the top 5 list. Unlocator has served in 39 countries and unblocks nearly 239 streaming channels around the world. Though the service offers multiple features, it has got its own flaws like inconsistent speed, no spilt tunneling feature, and more. Yet, it offers a very brave VPN and DNS service.

If you are looking for the most security-conscious VPN service, then you must go with the CyberGhost that has got 6800+ servers in 89+ countries. If you are worried about your growing data, history logs CyberGhost will keep no logs or tacks not only on browsing data but also for streaming. Apart from VPN service, it offers an ad-blocker, forces HTTPS redirection, malware protection, etc. It costs $12.99/month and unblocks all streaming services like Netflix, Amazon Prime, etc. CyberGhost comes with military-grade protection features, but the servers are super slow and wouldn’t work in UAE and China.

BulletVPN is the next VPN for Google TV. It has got 150 server locations in more than 54+ countries. The VPN service provider offers all basic VPN features along with five different security protocols that include OpenVPN. It is not the best when it comes to split tunneling but still offers many extensive features. The super features include UltraHD support, smart DNS, multi-platform support, unblocks Netflix, kill switch, Bullet Shield, etc. It also comes with the no logs policy and is compatible with major OS, torrenting, P2P support. You can connect six devices. It costs $10.98/month.