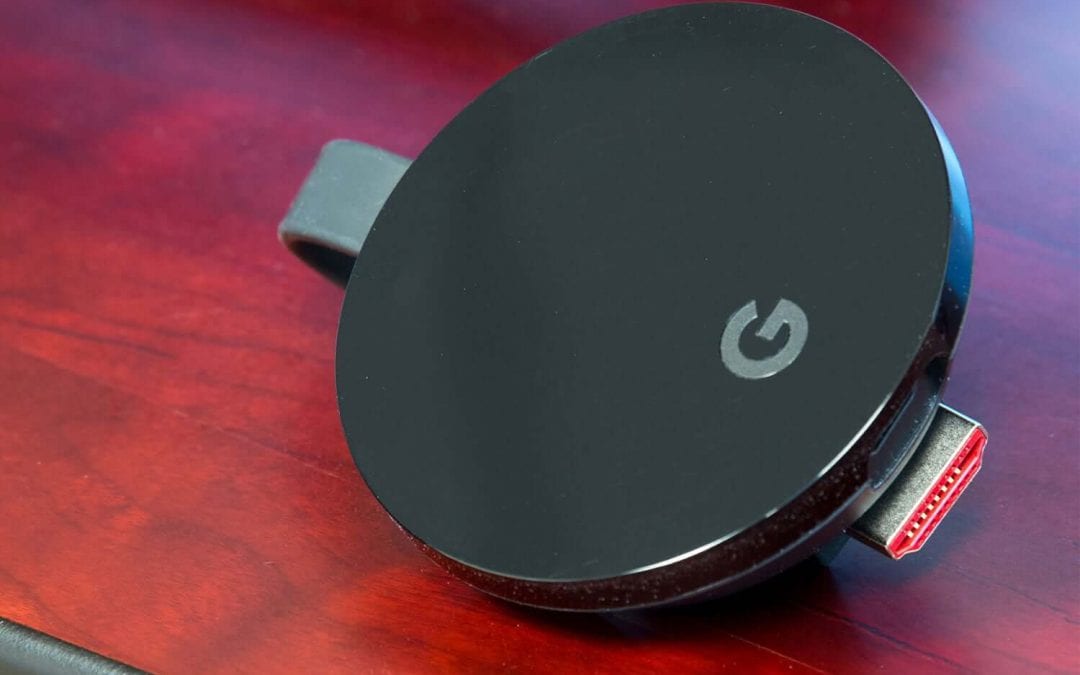 The design and look of the Ultra don’t much different from its previous version. Ultra has the same circular shape. The integrated HDMI cable will stick magnetically to the back of the device when it is not in use. The notable difference is that the Chrome logo is replaced by the letter G.

Related: How to use a VPN on Chromecast?

The specifications of Ultra are as follows.

Resolution: Up to 4K Ultra HD for videos and High Dynamic Range for images.

It is the first in Google line up that supports 4K video.

Related: How to Screen Mirror on Chromecast?

Google Chromecast Ultra comes with the price tag of £69 in the UK and $69 in the US.

If you own a 4K TV, it is the best choice for you to stream and cast 4K videos on your smart TV. With the dual-band WiFi, Ultra makes the best streaming player. Without any controlling devices, you can control the Ultra with ease. Chromecast devices always come up with the ability to sync with your smartphone and PC, it goes the same for the Ultra too. Unlike Firestick, which solely depends on subscription, Chromecast runs freely based on user convenience.

Though this is the first 4K streaming device by Google, it works flawlessly and up to the mark. Minute improvements like Ethernet adapters and Google Home integration are good.

On comparing the price with its previous version, it seems too high. Just for the 4K resolution and HDR images, $69 looks costly. Leaving any additional controllers like remote and the absence of user interface are still the negative aspects.

Ultra is the best form the Google line up and it serves the purpose undoubtedly. If you love watching 4K videos, you will definitely need this. After all the things are considered, there is some little thing not to buy the Chromecast Ultra if you don’t have a 4K TV.

Thanks for spending your time. Visit chromecastappstips.com to read more about Chromecast.