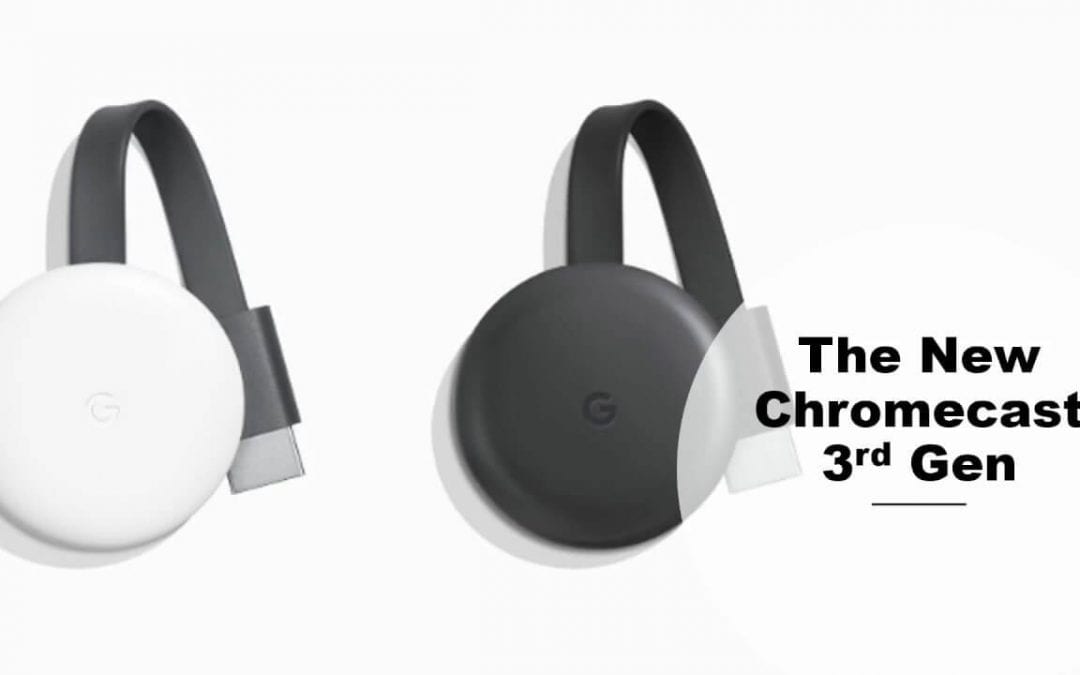 Chormecast 3 by Google is the 4th and the recent launch in the Google digital media players line up. Google launched its first digital media player in July 2013 named Google Chromecast 1st generation. Chromecast Ultra is the past version of this. Chromecast 3rd Generation was launched in October 2018. Being the most recent version, it has some major updates and faster functionality. Though 3rd gen is the latest version, it more like the updated version of 2nd generation, Ultra being the best and costliest of all.

The design-wise Chormecast 3rd generation is the same as that of the previous generation. 3rd gen has the same circular shape and the HDMI port is attached to it. There are no major updates in the design. Like the previous versions, 3rd gen is a handful to use and compact in size.

Related: How to use Chromecast with VPN?

There are some major updates in the 3rd gen which are absent in Chromecast 2nd gen. The specifications of the Chromecast 3rd generation are as follows.

Chromecast 3rd Gen is the best if you want to stream Netflix, Hotstar, Hulu and similar devices. With the new and updated WiFi antenna, it can easily outperform Amazon Firestick and other competitors.

Thank you for reading the post patiently. Visit chromecastappstips.com to read more articles.