Chromecast vs EZCast – Which is the best? 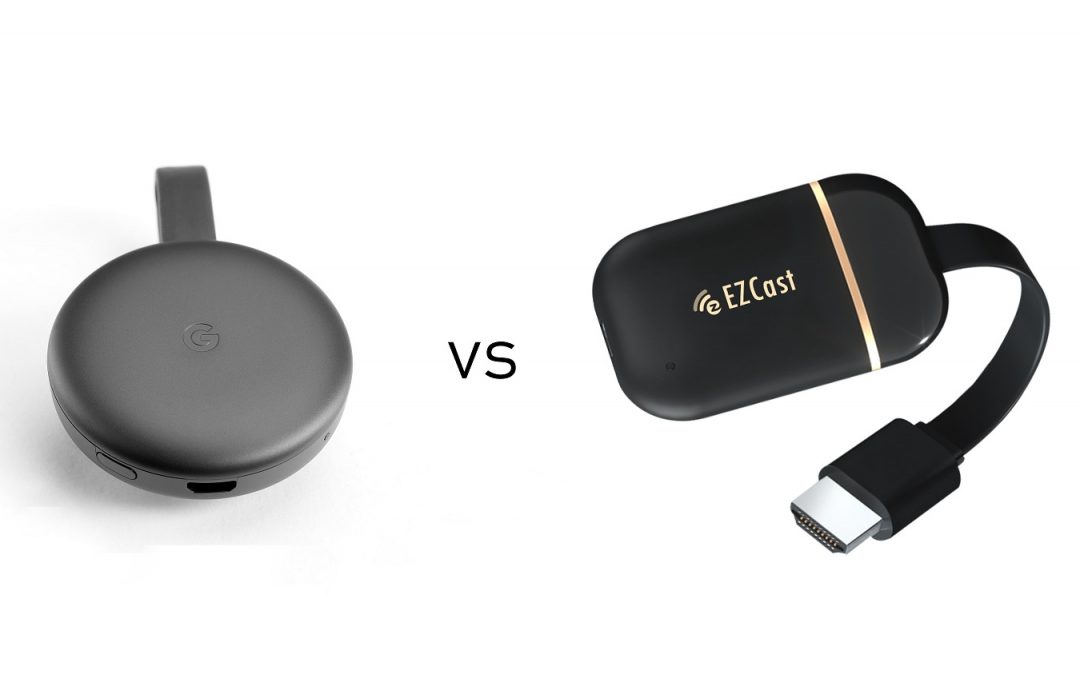 Screencasting or screen mirroring has been one of the noteworthy tech developments of this decade. It has gained massive popularity among the entertainment fans as it has been also considered as the replacement of cable or satellite TV subscription. While there are a lot of digital media lineups available, the article deals particularly Chromecast and EZCast in detail. Both of them supports casting or mirroring media from the smartphone as well as PC to the high definition TVs. Although both seem like casting contents to the big screen, there are few or more differences available between Chromecast vs EZCast. Get into the article to find about the dissimilarities between them.

Chromecast vs EZCast – A Outline

Google Chromecast is a digital media player that lets mobile or PC users to play video or audio contents on HDTV. It is available as different models and looks like a dongle or USB stick. You need to connect the HDMI cable into the HDMI port of the HDTV. When a connection is established, you can screen mirror your Android/iOS or PC to the smart TV. It supports H.265 or HEVC and you can stream videos in 1080p while Chromecast Ultra supports streaming 4K contents.

EZCast is a wireless digital media player to mirror your screen easily at a faster rate. It looks like a USB drive and you can connect it to the smart TV’s HDMI port. EZCast is based on Miracast technology and you can cast even the mobile games in addition to videos on to the big TV screens. If you have a UHD TV, you can stream 4K media as it supports 802.11ac 2.4 GHz and 5GHz WiFi bands.

Chromecast vs EZCast – What’s the Difference?

Chromecast and EZCast have some differences with the screen mirroring compatibility.

While both Chromecast and EZCast supports screen mirroring, both supports different protocols.

Not all of the digital media lineups supports Apple AirPlay screen mirroring and so are Chromecast and EZCast.

There are some noticeable differences that exist between the Chromecast and EZCast when it comes to the apps.

Both the digital media players supports smart speakers but not the same.

Chromecast and EZCast costs are more or less equal and find out them from the below table.

Chromecast or EZCast? Well, the answer to it differs from person to person and their screencasting needs. For us, EZCast seems to have lots of advantages than the Chromecast. It is a good choice if you wanted to cast from different devices including AirPlay support. Alternatively, Chromecast is a better choice if you are about to screencast only from Android screen. Also, it has a wide range of apps that supports the cast feature. Share us your choice in the comments section below.