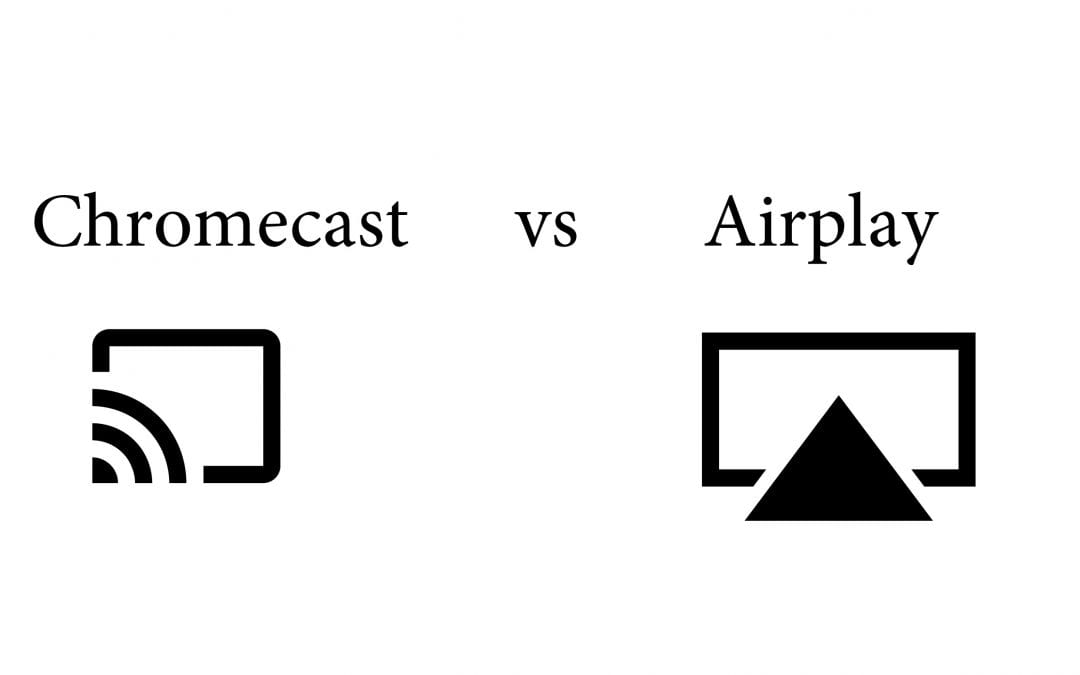 Screencasting or screen mirroring is one such of the most widely used feature by lots of entertainment fans out there in the world. Casting screen can be better handled either with Google’s Chromecast or Apple’s AirPlay. All you need is a smartphone or PC and at one click, you can easily cast contents to the smart TV. For a long time, Chromecast and AirPlay are competing themselves to bring you better home TV experience. If you are really concerned and look for ways to reduce the cable TV expenses, then you may buy Chromecast or AirPlay. Whether you are using Chromecast or AirPlay, both require a simple click on phone to screencast any contents to the smart TV. While both does screen mirroring, there exist some differences. If you are looking for Chromecast vs AirPlay, then this might be the article you are looking for.

So, choosing either of them isn’t that simple without knowing the salient features and their working nature. The article discusses Chromecast vs AirPlay and you will better understand their features. Further, you will be able to find the best among the two to cast contents to the smart TV.

Get to know the basics of Chromecast and AirPlay, their advantages from the section below and buy the one that suits your need.

What is Chromecast & How Does it Work?

Chromecast is a digital media player that needs to be plugged into the HDMI port of the HDTV. You have to set up and connect it with the same WiFi as that of your phone/PC. It is just external hardware and has no user interface. Further, it has no remote and you have to use a phone or PC as a remote control. To cast contents to the Chromecast enabled smart TV, you must make use of a mobile app with Cast feature or Chrome browser latest version.

With this, you can cast any videos or other media contents to Chromecast TV effortlessly. The best of using Chromecast is it lets you access your phone while still casting the device screen to the TV.

For instance, if you have Hulu app on Android phone, then connect your mobile to the same WiFi as that of your Chromecast. Just press the cast icon and you will now see your phone screen on a bigger screen.

You should select the Chromecast device to cast contents. i.e., your phone or PC will first send the command to Chromecast to fetch media from the cloud and then play it. In such a scenario, the casting still takes place yet you will not be able to control the playback when you move out of the house.

What is AirPlay & How Does it Work?

AirPlay is a wireless media streaming technology that comes pre-installed with iPhone/iPad/Mac OS X. It comes free with the iOS device and you need not buy it separately unlike Chromecast. You can AirPlay photos, music, videos, safari, or AirPlay-enabled app right from your iOS device to Apple TV ir AirPlay-enabled devices. Just like Chromecast, AirPlay requires your iOS and Apple TV connected to the same WiFi.

AirPlay is different from Chromecast when it comes to performance. With a compatible speaker, you will be able to stream music on different rooms of your house with the latest AirPlay 2. With Chromecast, you can perform multitasking whereas only a few iOS apps supports multitasking.

For instance, upon leaving YouTube on iPhone will exit the AirPlay mirroring on your TV. Few apps like HBO Go will still let you mirror iOS screen even after leaving the app.

AirPlay will fetch the content and sends it from your iOS device to Apple TV. Unlike Chromecast, it will not send the command. So, whenever the WiFi connectivity dips, the media playing over AirPlay speaker will stop playing on the TV.

Chromecast and AirPlay both do screencasting or mirroring seamlessly. The choice of If you are using Android and Windows PC, then it is good to have Chromecast. Moreover, it is affordable and is highly portable. If you don’t mind paying too much, then buy iOS or Mac to use AirPlay and screen mirror contents wirelessly to Apple TV.