Step by Step Guide to Chromecast Microsoft Teams to TV 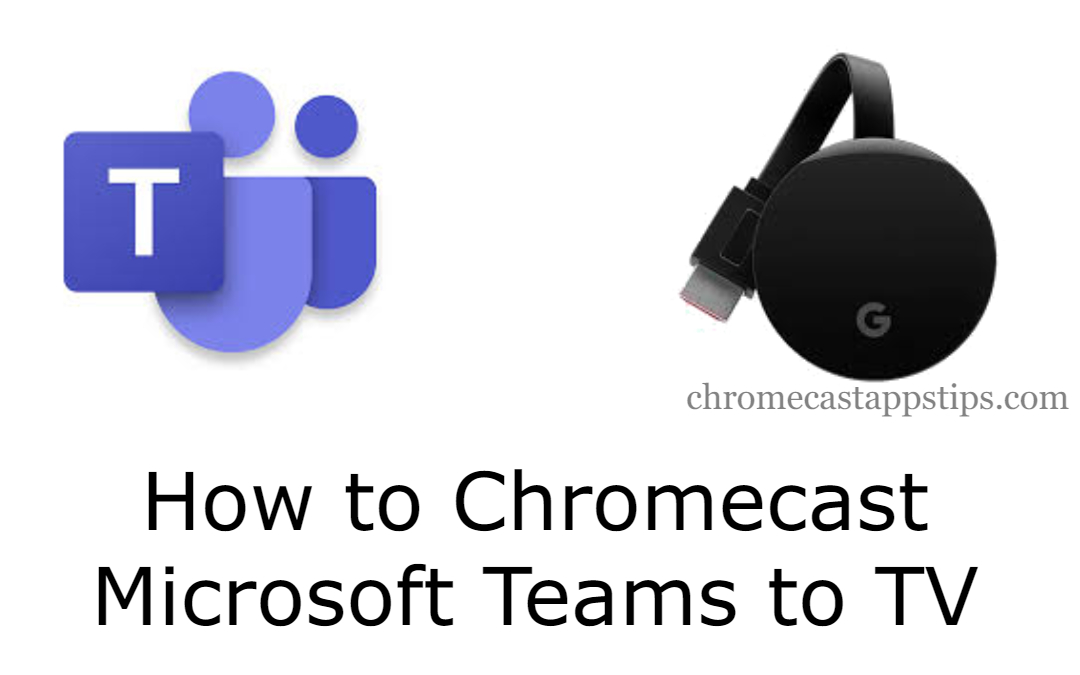 Microsoft Teams is a group communication and collaboration software for Office 365 users. With the app, you can chat privately or chat in a group, make audio and video calls with ease. It is a one-place app for all your team needs. The app is integrated with your OneDrive so that you can easily access them. It is a subscription-based service, and you can use your Office 365 subscription or Microsoft Team subscription to access the app. Follow the below steps to Chromecast Microsoft Teams to TV.

There are three ways to Chromecast Microsoft Teams to a TV.

Learn How to Setup Chromecast

Steps to Chromecast Microsoft Teams to a TV from iOS device

Microsoft Teams app doesn’t have a built-in Cast icon, so you have to mirror your iOS screen to Chromecast. For mirroring purposes, you have to install Streamer for Chromecast app, and it is available on the Apple App Store. The app costs $4.99 per month and $17.99 for a lifetime, and even get a free trial for a week.

Step 1: Run the Streamer for Chromecast application on your iOS device.

Step 2: On the top right corner of the screen, make a click on the Cast icon.

Step 3: Select your Chromecast device to cast or mirror.

Step 4: Now, on the array of options choose the Screen Cast option.

Step 5: Click on the Start Mirroring option and Start Broadcast option on the consecutive screens.

Step 6: Now, your iOS screen will be mirrored to the TV.

Step 7: Launch the Microsoft Teams app. Make a call or chat with your friends and it will appear on your TV.

Step 8: If you want to disconnect the call, click the End button.

Step 9: As a final step, open the Streamer for Chromecast app and tap on Stop Broadcasting to finish mirroring.

Step 1: On your Android device, open the Control Center and click the Cast icon or Screen Cast icon. The name and shape of the icon vary with devices.

Step 2: Now, your Chromecast device will appear. Click on it to mirror your Android device’s screen.

Step 3: When the mirroring is successful, you can see your Android screen on the TV.

Step 4: Open the Microsoft Teams app. Initiate a conversation, and it will appear on your TV.

Step 5: Stop the mirroring process by clicking the Cast icon again and tap on Disconnect.

Step 3: Then, open the Chrome browser and make a click on the Customize and control Google Chrome icon and choose the Cast option.

Step 4: On the top, a pop-up will appear. Click Sources and choose Cast Desktop.

Step 5: Then, click on your Chromecast device when displayed. Now, open the Microsoft Teams app.

Step 6: Make a conversation with your friend or colleague. It will be displayed on the TV.

Step 7: After your meeting, click the Cast icon on the top and tap on the Chromecast device to stop mirroring.

Related: How to Chromecast Hangouts to TV

Cast the Microsoft Teams app to your Chromecast connected TV by using any one of the methods mentioned above. Now, you can make audio and video calls on the big screen. Microsoft Teams is the best communication tool for business peoples. If you have suggestions or queries, tell us in the comments section below.