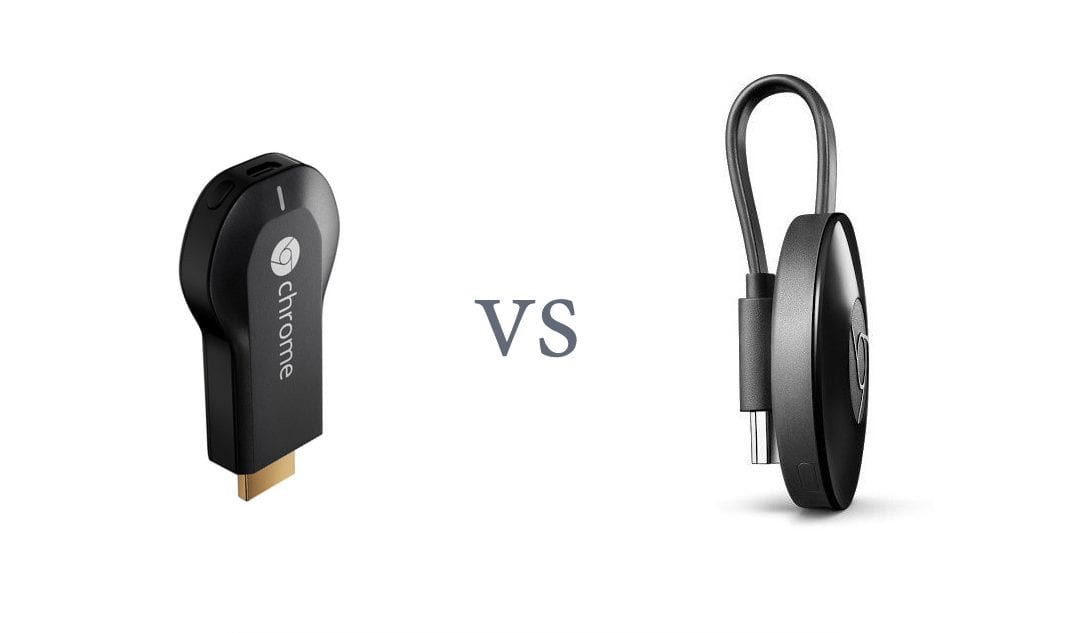 It is a good deal if you have decided to switch your cable TV connection with Chromecast. It is a digital media player by Google and it is available in three different generations. Chromecast is unlike regular media streaming players. It is a quite affordable streaming device and you can even use it as a replacement of the costliest Roku or Apple TV. The actual problem comes into play if you consider upgrading Chromecast with Chromecast 2. If you are one among those who question whether the new Chromecast model is worth the first generation, then you can head down the below section. The article will let you take a closer view of the oldest Chromecast and the Chromecast 2 models in brief. In other words, you will find the evolution of Chromecast vs Chromecast 2.

Chromecast is one of the affordable digital media players to stream videos, music, and more. It is a small device look similar to the dongle. You need to plug it into the HDMI port of your smart TV. Most importantly, Chromecast has no user interface. So, you have to rely on your handheld or PC to stream media contents on your TV.

A detailed analysis is done on Chromecast and Chromecast 2. Both seem to be almost same while there are very few difference found.

Chromecast or Chromecast 1st generation was released as a video streaming device in 2013. It was priced at $35 and was more or less similar to the USB drive. Chromecast measures 2.83 inches and features an HDMI plug. Further, it has ARM Cortex A9 processor and has 512 MB of RAM with 2 GB of flash storage.

Chromecast 2 or Chromecast 2nd generation was released in 2015. It looked entirely different from that of the original Chromecast model. This model is made available in the disc-shaped body with a short HDMI cable attached to it. It features ARM Cortex A7 processor with 512 MB of RAM and 256 MB of flash storage. Buy Chromecast 2 at $35, the same price as its predecessor.

The design difference between Chromecast and Chromecast 2 is quite noticeable. The first generation Chromecast is a rectangular USB stick that you can connect to the USB port of your TV. Whereas, the later version looks circular in shape and has a flexible HDMI cable attached.

Chromecast and Chromecast 2 has the same features while there are slight differences in the specifications. Both of them supports streaming videos in 1080p. So you can play Netflix, Hulu, and any other streaming apps on your smart TV with Chromecast.

The second-generation Chromecast supports 802.11ac with three antennae (WiFi b/g/n/ac) and works at 2.4 GHz and 5 GHz bands. However, the original Chromecast lacks network support since being the first model.

Both the streaming devices have a different processor and thus you will find noticeable performance difference. So, Chromecast 2 works faster when compared with the original Chromecast.

Chromecast and Chromecast 2 models supports micro USB adapter but then you need to buy it separately.

Who Should Buy Chromecast 2?

You can upgrade to Chromecast 2 for the following reason

Apart from this, there are not many differences found between Chromecast and Chromecast 2.

Whether you have Chromecast or Chromecast 2, you will find no considerable differences other than the network support and design. Both of them are basic models and you can buy anything. For instance, if you prefer using Chromecast wirelessly, then Chromecast 2 is the better option. Else, it is better to go with the Chromecast first generation.