Chromecast vs Android Box – Which is the best? 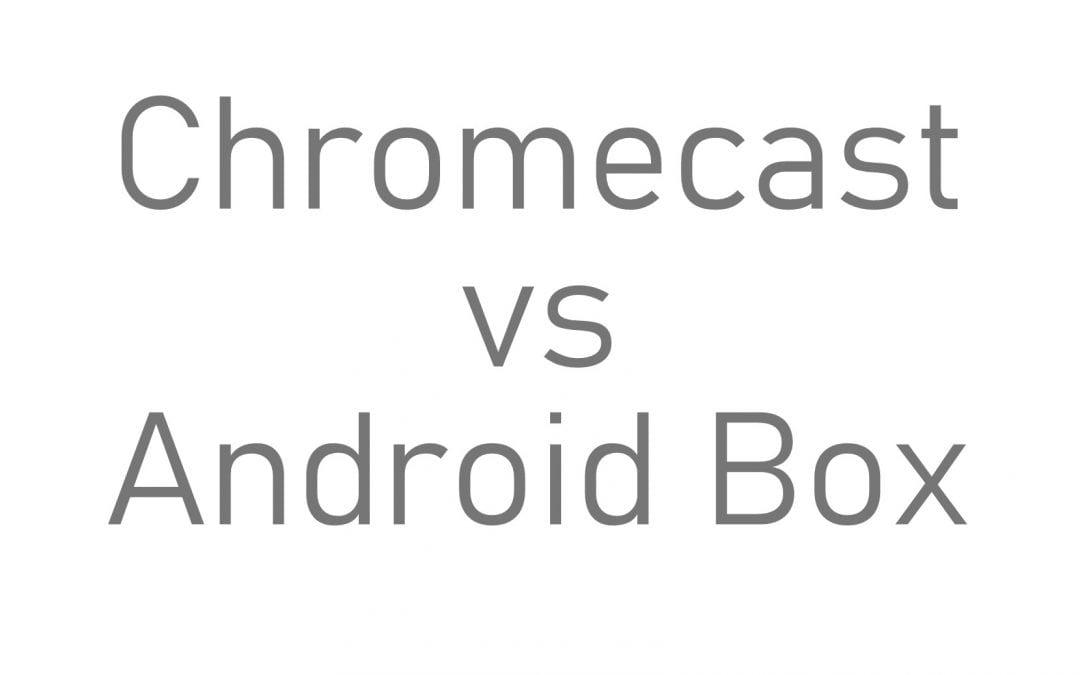 It’s a good deal if you have planned to switch over from the oldest cable or satellite TV connection. You may connect Google to your smart TV using Chromecast or Android Box. But if you have no clear idea of what to buy, then the article helps you better decide. Both of them are compact, portable, and gives you the best when it comes to streaming entertainment contents. Although both of them are from Google, there are quite lots of differences found between Chromecast and Android TV Box. A better analysis is done between Chromecast vs Android Box right on this article. So, you may find it useful and at the end, you will be able to pick the right option based upon your need.

Let’s take a quick look at what Google Chromecast and Android Box are.

Chromecast by Google is a small HDMI dongle. All you need to do is to just plug it into the HDMI input port of your TV. In other words, Chromecast works only on smart TV with an HDMI port. After that, you need to pair it with any portable device like phone via a WiFi connection.

Further, you will also need the Google Home app or apps with an integrated cast feature. Alternatively, you can cast contents from PC provided if you have the latest version of Chrome browser. With this, you may cast contents from your smartphone to the smart TV.

The entry-level model of Chromecast costs around $35 while the ultra model costs $69.

What is Android Box?

Android Box looks just like a set-top box. With this, you will let experience Android smartphone and gaming console features together. It has multiple functionalities and is a way more complex than Chromecast. You may use your smartphone as a remote to control the Android box on your smart TV.

Unlike Chromecast, the price of the Android TV box varies based on the device model and brand. However, it may seem to be a little pricey than Chromecast.

Chromecast is a dongle and it doesn’t have any user interface. It is all about casting or replicating the contents from your phone or PC.

Whereas Android box has a dedicated user-interface. You can control its interface using the remote or using a smartphone app. Instead of installing apps on your phone or PC, you can directly install apps on your Android TV itself. So, you need not spare your phone memory to access contents on the TV.

To access Chromecast on TV, you need to have cast feature built-in apps on your phone. For instance, Netflix, Hulu, Spotify, DIRECTV NOW, YouTube, and more other apps are cast enabled. With one tap, you can cast or screen mirror your phone to smart TV. There is one noticeable drawback of casting apps from phone to Chromecast enabled TV. Some gaming apps don’t have adjustable screen resolution when in case of accessing them on TV.

In case of Android TV box, Google Play is built-in and you can instantly access them on your TV. No need to rely on the smartphone or computer. Additionally, it has a specialized controller and playing games on Android TV is much simpler. You can even play the fast-paced games with ease on Android TV.

Chromecast is simple and plain. Whether you have Chromecast or Chromecast Ultra, you will experience the best of streaming. Just open any app with cast feature, play a video, tap on cast icon to watch it on your smart TV. Above all, the performance of your TV is also important and it decides the quality of the video playing.

If you want to experience more than Chromecast features, then Android TV is all you need. It will sync with the TV service provider and you can experience anything you want. You can even use your phone as a remote control to navigate contents on your Android box.

Most Android boxes are Google Assistant supported. So, you can use this smart assistant to control your Android TV with ease. If you want not to rely on remote controls, then Android TV Box is the best. Because Chromecast has no support for smart home products or Google assistant. You can only use Google Home app to access anything externally.

Both the Chromecast and Android Box seems to the best in all aspects. However, Android TV Box excels with additional features. If you constantly stream something on your phone and want to transfer it to TV, the choose Chromecast. If you stream videos and play games, then the Android box is the better option.