How to cast Popcorn Time on Chromecast 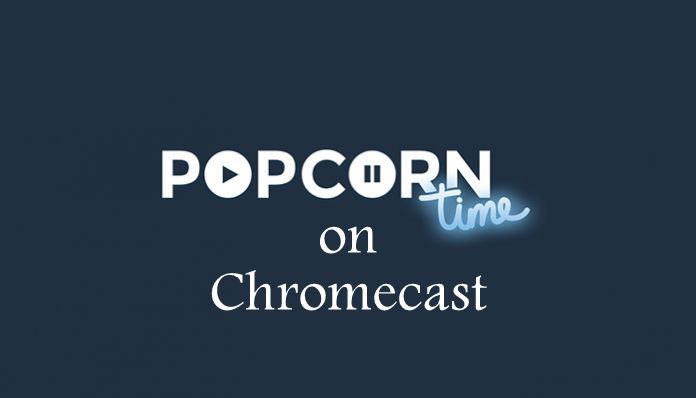 Popcorn time contains streaming links of latest movies which fall under the copyrighted act. The website has been banned several times by government as it is considered illegal.

Note: Streaming Copyrighted contents is against law. Watch movies in theatres or through official digital partners like Netflix, Amazon Prime, etc. We do not encourage people to watch movies through pirated sites.

Related: How to Chromecast HBO Go to TV?

How to cast Popcorn Time on Chromecast?

1: Plug-in Chromecast to the HDMI port of your TV.

2: Connect Chromecast and your mobile to the same WiFi network.

5: You will find the latest movies on the homepage of the app.

6: Click on a movie which you want to cast.

7: When the video is getting played, you will find the “Cast” icon on the top right corner of the screen.

9: The available devices will appear. Click on the “Chromecast” device to which you want to cast.

The video will play on your TV through Chromecast. The above are the steps required to Chromecast Popcorn Time.

Note: The above steps work on both Android and iOS devices. You can follow the same procedure to cast on both devices.

Related: How to Chromecast Sky Go?

Related: How to Cast from Chromebook to Chromecast?

Thus, you can follow the above steps to cast Popcorn Time on Chromecast. As mentioned earlier, Popcorn streams copyrighted contents which are against law. If you still wish to use Popcorn Time, then try using a VPN to hide your IP address and stay safe from hackers. As Popcorn time deals with torrenting, it is better to use a VPN.