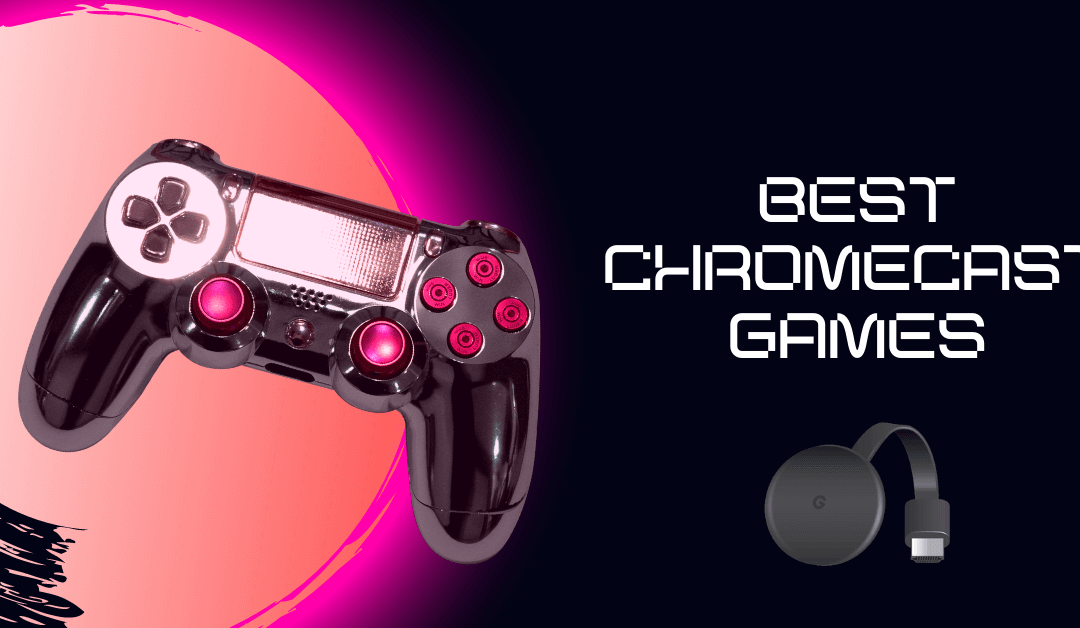 If you’re a cord-cutter, you may have used Chromecast to watch movies and other videos on the bigger screens. But, you can also use the device to play the supported games. You may not have a better gaming experience due to several factors like low-latency, high-graphics, and more. However, Chromecast’s newer models provide a much-improved gaming experience. There are some games available for Chromecast which you need to try at least once. We have tested plenty of games with Chromecast and listed the top 10 games that offer great support to play with Chromecast devices.

Alien Invader is a dedicated game for Chromecast available on Android and iOS game. It presents a spaceship that you need to control and shot the aliens from space entering the earth. It supports multiplayer mode, so you can play with your friends and family to save the earth from Aliens. There is no much graphics or interface involved in this game. It is completely played for some fun and passing the time with your Chromecast device.

Angry Birds Go a racing game in which angry birds and their characters compete against each other on the race track. The track has several obstacles and coins to collect. It supports local multiplayer so that you can play with your friends and family with a split-screen. Over the years, Angry Birds Go has done some excellent work in its graphics and interface. If you own a Chromecast device, you must try this game.

Fire Team is an arcade game with not much graphics but more fun. It supports a multiplayer mode to play with six friends simultaneously. You can play the games in four different modes: Survival, Deathmatch, Team vs Team, and Flag Capture. In this game, you need to kill ghosts with bombs, mines, and missiles without getting hurt. It will be enjoyable while playing with a group of friends or family. It is one of the best Chromecast supported games to download on an iOS device.

Angry Birds Friends is another Chromecast game under Rovio entertainment. Like all Angry Birds games, it has slingshot to destroy the Piggies. It has good graphics, and you can control the game with ease. You can play new level updates every week to test your skill. There is no multiplayer support available in this game, but still, you will have fun playing on your Chromecast connected TV.

Motion Tennis is a sports game that supports Chromecast. This Tennis game has to be played with your hands where the phone act as a motion tracker. The most favorite part of the game is ball moves according to the motion of your hand. It gives a real time gameplay experience by connecting with your TV. This is our most recommended game for your Chromecast device.

The name itself describes that it is a motion-based game, just like Motion Tennis. In this game, your motion will be captured via the camera and reflects in the game as action. It has some animal or bird with wings. To make it fly, you need to flip and flap your hands in front of the camera to make the creature fly. Download the game and start flying with fun by playing this game on your Chromecast device.

Deer Hunter 2018 is a shooting game where you need to shoot deer using snippers and collect rewards based on the shooting skills. It can be played by connecting the Chromecast device to a TV or monitor. Apart from that, it has some good graphics and exciting game levels to compete. Deer Hunter 2018 is available on both Android and iOS devices to cast and play.

If you love to dance at your home, Just Dance is one of the Chromecast party games you need to download on Android and iOS devices. It is a fun game, where you need to select a song and do the signature step displayed on the screen with perfection to score points. It has some good graphics and a collection of songs & dance moves that you should try out.

Scrabble Go is a Chromecast quiz game that has quiz up based on words. It like a traditional tile game that is available online. It allows you to play with friends and family online. In this game, you will be given some piles of tiles embedded with some alphabets. With the help of that, you need to find/form words alternatively. The score will be allocated based on the number of letters in the words that you collected. It is a perfect game for the kids as it helps to improve vocabulary skills and learn new words.

These are some of the games that you can play on your Chromecast connected device. Most of the games are free to download, and choose the one based on your interest. Don’t forget to mention your favorite game in the comments section. You can also mention the Chromecast supported game that deserved to be on this list.