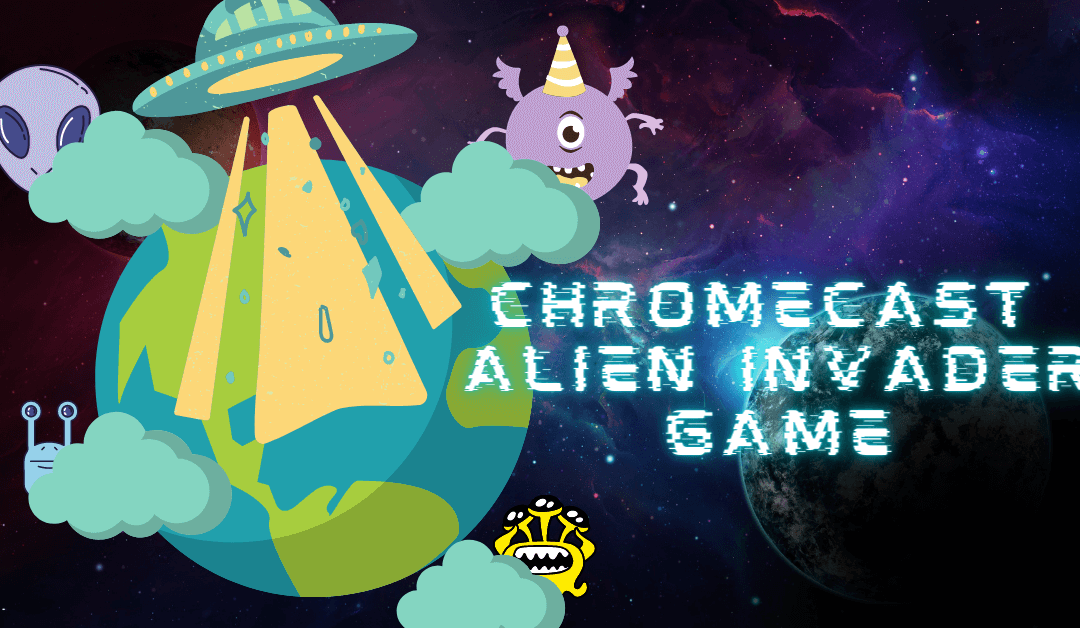 Before casting the Alien Invaders game on your Chromecast device, make sure of the things below.

[1] From the App store or Play store, download and install Alien Invaders app.

[2] Launch the Alien Invaders on your smartphone.

[3] Click on Cast icon from the top right corner.

[4] Choose your Chromecast device from the list of available device.

[5] Once the connection established, enter the player name.

[7] Now you can see the controller on your smartphone.

[8] By tapping on the controller you can move your spaceship inside the game and fire the aliens.

How to play multiplayer on Alien invader game?

[1] Download and install the Alien Invader game on your friends/family smartphone.

[2] Connect it to the same WiFi network of the Chromecast device.

[3] Launch the game and press the cast icon from the top.

[4] Select the Chromecast device from the list of available device.

[5] Enter the player name and click on Join game.

[6] Now you can play along with your friend on Alien Invader game.

How to change the control of the Alien Invaders Chromecast game?

[1] Click on the Kebab icon from the top right corner.

[2] Check the Swipe box from the menu.

[3] Now you can swipe right or left to move the spaceship.

[4] Also, by tapping anywhere on the screen or swiping up you can shoot the aliens.

Related: How to Chromecast Steam Games to Your TV?

Also, you can control the sound of the music on your Chromecast connected device from your smartphone by press the cast icon and adjust volume slider right and left to increase and decrease the audio sound.

This is how you can cast and play Alien invaders game on your Chromecast connected device. If you have any doubts make use of the comments section below. For more Chromecast games casting tips, explore the site.