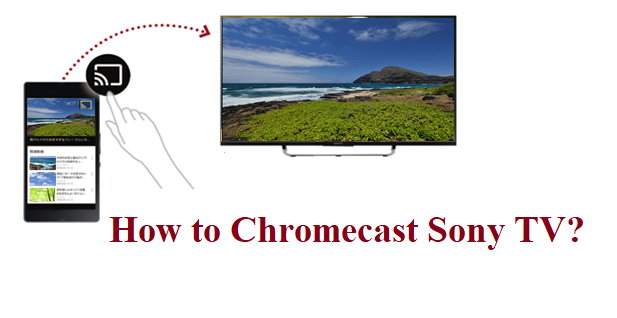 Sony is one of the most popular brands for Electronics devices and gadgets. They primarily focus on Electronic devices like TV, gaming console, smartphone, etc. Sony TV is one of the top-most television brands which provides a great range of Televisions at the best price. It provides Television with feature-rich models that include built-in Chromecast. As Chromecast comes as a built-in feature on Sony Android TV, it makes casting devices much easier on Sony TV. For the Non-Android device, you can connect the Chromecast device to enable casting. In this article, you know the ways to Chromecast on Sony TV.

How to Enable in-built Chromecast on Sony Android TV (Android 9)?

1: Press the Home button on your Sony Android remote.

5: Under this select show system apps

6: Look for Chromecast built-in or Google Cast Receiver from the list

7: Enable it to start casting

How to Enable in-built Chromecast on Sony Android TV (Android 8.0 or earlier)?

1: Press the Home button on your Sony Android remote.

5: Enable it to Chromecast.

How to Chromecast on Sony TV via Smartphone?

2. Click on the Chromecast icon on the app (mostly at the top right corner of the screen).

3. Select your Sony TV from the casting list pop up that appears.

4. Now play the video from the app that will start playing on the TV screen.

How to Chromecast on Sony TV using Computer/Laptops?

2. Click on more icon (icon with 3 dots) from the top right corner of the screen.

3. Click on cast from the drop down menu that appears.

4. Now select cast from the menu.

5. A pop up appears in the screen with all the nearby available casting devices

6. Click on the Chromecast device connected to your TV or any monitor to display from the list and in source menu click on cast tab to share the current tab or cast desktop to cast the entire screen.

7. Now you can Chromecast any video from you desktop on Sony Television.

Related: How to Chromecast from Samsung Smart TV?

Sony has an in-built Chromecast feature, so there is no need to buy a separate Chromecast device. So you can view any content from any casting device on your TV in a matter of time. Follow the steps mentioned above to make this work. If you are hanging on with any doubts, make use of the comment section below.