How to Install and Watch ABC on Google TV 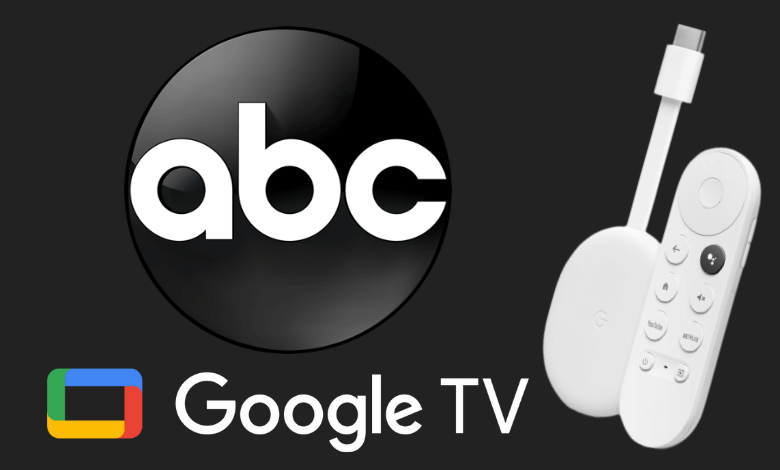 Are you interested in watching ABC shows? Install the ABC app and get access to all your favorite ABC shows. You can stream them either live or on-demand. The popular shows include American Idol, American Housewife, Call Your Mother, The Good Doctor, For Life, and many more. The Live stream on the ABC app is available only through participating TV providers. If you’re a Chromecast with Google TV user, you could install the ABC app to watch all the available content on your TV.

There are two methods to watch ABC on Google TV. First, you need a strong Wi-Fi connection to stream the ABC content on TV via Google TV.

How to Install ABC on Google TV

1: Turn on Google TV and go to the Search menu on the home screen.

2: Use the on-screen keyboard to type and search for the ABC app.

4: Click on the Install option to start the installation process.

5: ABC app will take few minutes to get installed on the device.

6: After installing it, launch the app and activate it with your TV provider.

7: Now, play and watch the ABC content you want.

How to Cast ABC to Chromecast with Google TV

Another way to watch ABC content is by casting the ABC app from your smartphone. All you have to do is connect your smartphone and Google TV device to the same network.

1: Open the ABC app on your Android/iPhone. If you haven’t installed it yet, get it from the respective store.

2: Launch the ABC app and configure your login credentials.

3: Click the Cast icon on the top right corner of the app screen.

5: Play the desired content and watch it on your Google TV-connected TV screen.

Google TV also supports sideloading the Android version of ABC. But, it is not recommended as you may find difficulty in navigating within the app. Users who are residing outside the US can install a standard VPN on their device to access the ABC contents.